Home » Blog » What’s up with the Bernie meme?

What’s up with the Bernie meme?

Or, the Bern heard round the world.

A political figure with both avid fans and vocal opponents plus a picture taken at just the right moment is prime meme fodder. It was hardly even the first time it has happened to Bernie Sanders in recent memory (the “I am once again asking…” meme is still going strong.)

But the new Bernie meme from the Wednesday, Jan. 20 inauguration was unique in how quickly it went from interesting political commentary and funny jokes to an easily copyable meme accessible to anyone: from your 12-year-old nephew to your 90-year-old great aunt.

A shocking number of brands jumped on the meme as well, helping to oversaturate it and boil it down to its simplest parts.

By Friday, you couldn’t log on to the internet without seeing thousands of variations on a theme. It took less than two days for the image of the senior senator from Vermont and former presidential candidate trading high-end inaugural garb for a more practical Covid-winter uniform to become overwhelming, overexposed, and an emblem for how small businesses can misunderstand the purpose of social media for their business.

Political commentary, fashion-watching, and comedy all thrive on Twitter, and the inauguration of President Joe Biden provider endless fodder for all. While Michelle Obama drew adoring praise from fashionistas, Bernie Sanders immediately drew a different kind of fashion praise for forgoing glitz, glamour and symbolic color choices in favor of the practical.

The earliest commentary and jokes we saw were broken into three categories:

2. Political commentary that his look was a message about Bernie’s stance on taking the ritz and glamour out of politics

Bernie’s mittens are made by Jen Ellis, a teacher from Essex Junction, Vt. She gave them to him 2+ years ago and was surprised when he began wearing them on the campaign trail. They are made from repurposed wool sweaters and lined with fleece made from recycled plastic bottles. pic.twitter.com/ErLr29lY2t

The meme eventually crystallized around one image, credited to photographer Brendan Smialowski for Getty Images:

Why this meme works

The magic of this photo of Bernie is that it has both specific meanings and also a universal recognizability.

If you’re a Bernie fan, this pose combined with this man represent a watchful eye waiting for progressive change in government.

If you’re not a Bernie fan, but know enough about him, you might laugh because this image is just so quintessentially Bernie – a man who is who he is, and makes no apologies.

But if you have no strong feelings about Bernie, it’s simply a person in the cold who kind of wishes they were anywhere else, waiting for something to be over so they can get on with their day.

Relatability is the primary driver behind memes.

It’s a traditional meme – using this specific photo as a shorthand for how it feels to do different things. To be waiting for your spouse at the mall. To be an introvert at a party. To be bored at a child’s soccer game.

It’s human nature for us all to project on to a photo! Relatability is the primary driver behind memes.

What small businesses mess up

It’s fun to share a meme made by funny people. It’s normal to add your own commentary, unique to your social group or audience on your personal Facebook page.

But something happened here to bring a critical mass to this already viral meme.

Maybe people were just tired of the tension of a pandemic and politics and ready for a joke.

Maybe the appeal of the universal feeling of trying to “just get it over with” in a place you didn’t want to be was too much to resist.

People began sharing Bernie meme generators that made it only too easy to crop Bernie and his chair out the surroundings of the inauguration and put him anywhere you wanted.

Part of what makes memes, memes, is participation – the ability for anyone to remix, add on, and create their own spin on it.

Suddenly it wasn’t just making jokes about Bernie – putting Bernie in famous art or famous places became the joke. And then putting him literally anywhere became the joke.

If you search the #berniesanders on Instagram or Twitter, you’ll be flooded not just with the most popular versions of the meme, but with thousands of businesses – mostly small to medium sized local businesses – that have inserted Bernie into their company meetings, makeup chairs and calls for shallow brand engagement:

Why your brand probably shouldn’t make a Bernie meme, but what you can learn from it

Understanding and managing social media is a real struggle for small and medium businesses, and we often hear that they have no real strategy, are just trying random things, or copying what competitors are doing.

Of course, when a universal and stratospherically popular meme like this comes along, it’s tempting to make a post of your own. It feels like you’re participating, and you’ll probably get a decent amount of engagement compared to your average.

You know your customer best, and if you regularly post memes on your social media presence, then this may just be another day for you.

But jumping on the bandwagon and dabbling in memes without being organically a part of the community can harm your brand: it risks seeming like you’re trying too hard — or worse, that you don’t know your audience.

It’s always best to make your brand stand out from the crowd by being true to your voice and vision – what makes you truly special. When the whole crowd is screaming, sometimes the right whisper can make you stand out the most.

If you want to make a Bernie meme for your small business’ social media because you enjoy participating in the conversation, remember to adapt to your brand’s voice and market! Better yet, find a meme that YOU love and make it relevant to your brand.

If it doesn’t relate to your product or service, or tie back to your customer in some way, think twice. A small boost in engagement is just a shallow band-aid that doesn’t ultimately build your brand or create deeper connections with your customer. 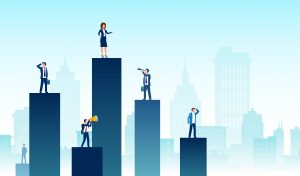 Answering the most important question: why does your business exist?

Have you ever wondered what it is that makes employees and customers buy into you and your company? Simon Sinek, author of “Start With Why”, 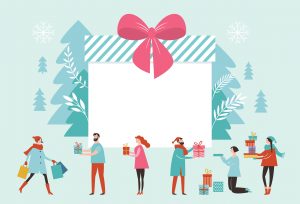 The holiday season is a special time of year for friends and family, but it’s also the right time to thank clients and customers. When 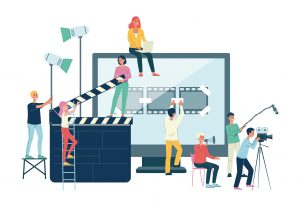 The Ultimate Guide to Shooting Your Own Video Content

Small Business Edition So, you want to shoot a video, but you’re wondering ‘where do I even start?’ When shooting a video for your business–whether

We bring small businesses agency-level marketing at a price point they can afford.